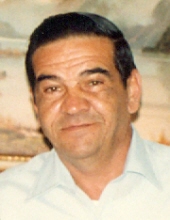 James John Stednick, 85, of Brockton, PA died on Tuesday, January 18, 2022 in Orwigsburg, PA. He was married to Catherine “Betty” (Oler) Stednick, to whom he had been married for 60 years last May.

Born in Mary D, PA on August 14, 1936, James was the son of the late John and Susan (Bubel) Stednick. He worked for State Manufacturing in New Philadelphia, Pennsylvania before his retirement. James enjoyed the outdoors, keeping up with the news by reading the newspapers and watching pro wrestling on television. A member of the former St. Jerome Catholic Church, he was currently a member of St. John XXIII Parish. An incredibly good man, James would help anyone in need.

In addition to his wife, Betty, he is survived by his sisters, Marie Stewart of Hometown, PA, Florence Kubik of Allentown, PA, and Rita Anderson of Florida and many nephews, nieces, great-nephews and great-nieces .

Services will take place at a later date. Memorials in his name may be made to the St. Vincent De Paul Society, 307 Pine Street, Tamaqua, PA 18252.

Online condolences can be made at www.zgfuneralhome.com.

Arrangements are made by Zizelmann-Gulla Funeral Home and Cremation Services, Inc., Tamaqua. 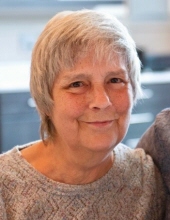 Luanne Marie Chicilly, 65, of New Ringgold, PA died Wednesday, January 19, 2022 in Allentown, PA. She was the wife of David Chickilly to whom she had been married for 32 years last June.

Born in Newark, New Jersey on August 2, 1956, Luanne was the daughter of the late John and Marion (Macaluso) Tyahla. She grew up in the Panther Valley and was a student in the Panther Valley School District. Luanne was an employee of the former Klingaman Office Supply company, Tamaqua, for over 20 years. She had also worked for the old Atlas Company in Reynolds and more recently was employed at the Boyer Market. A kind and wonderful soul who helped everyone, Luanne loved hosting meetings. She was an excellent cook who prepared the best homemade meals and Christmas cookies. Luanne was an excellent Yahtzee player and had a green thumb for gardening with plants and flowers. She loved her children and grandchildren and spent time with them.

In addition to her husband, David, Luanne is survived by children, Chris Kruslicky and his wife Donna of Summit Hill, PA, Lisa Chickilly of Union, NJ, Angela Chickilly of Schwenksville, PA, and Susan Sidoriak and her husband Ted of Phoenixville, PENNSYLVANIA; grandchildren, Emma, ​​Sophia, Maggie, Chloe and Valerie; sisters, Jonile Miller of Lebanon, PA and Maureen Tyahla and husband JD Davis of St. Petersburg, FL; brother, John Tyahla and his wife Trish of Summit Hill; and several nephews and nieces.

Services will be held at 7 p.m. on Monday, January 24 at Zizelmann-Gulla Funeral Home, 500 E. Broad Street, Tamaqua. Call from 6 to 7 p.m. Monday evening at the funeral home. COVID-19 protocols will be respected.

Memorials in his name can be made to The Leukemia and Lymphoma Society, PO Box 22324, New York, NY 10087 with a donation form or https://www.lls.org and select the donate icon.

Online condolences can be made at www.zgfuneralhome.com.

Arrangements are made by Zizelmann-Gulla Funeral Home and Cremation Services, Inc., Tamaqua.

Born in Waynesboro, PA on June 14, 1954, she was the daughter of the late Robert J. and A. Jeannine (Fisher) Baugher.

Kay was a graduate of Waynesboro High School, Class of 1972. She worked first for S. Railway in Washington DC and then for the AP House of Representatives in Harrisburg. She also worked for State Representative Klingaman from her office in Tamaqua. Kay last worked as Human Resources Manager for Shoeneman’s Beauty Supply from April 1983 to September 2009. She continued to work with their successor company Cosmo Prof (Sally Beauty Supply) until retiring in the spring of 2018 as a human resources business partner. As a human resources professional, she served as Past President of the Society for HR Management. In 2006, she received the HR Professional of the Year award from the Northeast PA Manufacturers and Employers Association. Kay loved camping, cooking, sorting and especially spending time with her grandchildren.

A celebration of life service will be held at the Robert A. Evans Jr. Funeral Home in Port Carbon at 7 p.m. on Thursday, February 3, with the Reverend Jack Murray officiating.

Relatives and friends are invited to visit the family Thursday from 5:30 to 7 p.m. at the funeral home.

In lieu of flowers, memorial contributions may be made to Hillside SPCA PO Box 233 Pottsville, PA 17901 or to the Juvenile Diabetes Research Foundation 555 Croton Road, Suite 111, King of Prussia, PA 19405 [email protected]
Please send your condolences to wwwrobertaevansjrfh.com.

A graduate of Tamaqua Area High School, Paul was a talented auto body repairer. A pool shark, Paul played in the local leagues and enjoyed riding his el camino. 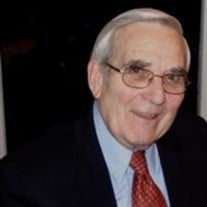 K. Sam Miller, of Lake Hauto, and former longtime resident of Pottsville, Pa., passed away peacefully surrounded by his family on Monday, Jan. 17, 2022, at St. Luke’s Miners Memorial Hospital in Coaldale, Pa., at the age of 92. .

The survivors are; daughter, Megan Hufford and husband Steve; grandsons, Evan and Bradley.

A 1946 graduate of Tamaqua High School, Sam attended Bucknell University where he played football. Sam has worked in the automotive industry all his life. He also served honorably in the Army Reserve for 16 years. Sam was a long-time member of the Pottsville United Presbyterian Church, where he served on the board of trustees for many years in addition to being a Rotarian Paul Harris Fellow. Sam and his wife Emily were founding members of the Dual Valley Recreation Association.

Sam enjoyed telling stories with his contagious smile, gardening and cooking. More than anything, he loved his family and adored his two grandsons who affectionately called him Sam. 64 years old.

United Presbyterian Church
in the care of the pantry
214 Mahantongo Street
Pottsville, Pennsylvania 17901 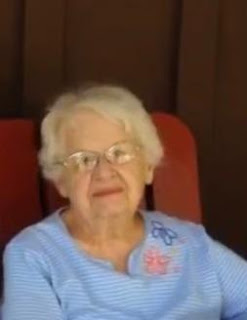 Delores R. Neiswinter, 93, a former resident of Ashland, died Tuesday, January 18, 2022 at Geisinger Shamokin Hospital, Coal Township. Born in Ashland, August 9, 1928, she was the daughter of George and Beatrice Fisher Roberts. She was a graduate of the old Ashland High School, class of 1946, and was employed as a sewing machine operator for the Ashland Shirt Factory, until her retirement. Delores was a member of the First Baptist Church of Ashland until it closed. Later, she attended the United Reformed Church of Christ of Zion, Ashland, volunteering in many church activities and fundraisers. She and her late husband, Donny, loved to travel and fish in many beautiful places. She was predeceased by her husband Charles Donald Neiswinter, who died April 14, 1997, and a sister, Lois Roberts Fetterman, who died March 22, 2014, and brother-in-law David Fetterman Jr.

Relatives and friends will be invited to attend a funeral service at Christ Church Cemetery, Fountain Springs at a later date to be announced. In lieu of flowers, the family requests that memorials be sent to Zion Reformed United Church of Christ, 2400 Center St., Ashland, PA. 17921. Visit www.Fritzfuneralhome.com. Richard W. Fritz Funeral Home, Ashland, is making funeral arrangements.